Pachamama Energia combines the original Ecuadorian ilex guayusa with an energizing addition of guarana. The well-known South American fruit contains a lot of caffeine. Combined with the stimulating power of ilex guayusa, we obtain an excellent source of natural power. The infusion will be a healthy alternative to energy drinks or coffee. The balanced composition is complemented by lemongrass. Its fresh, slightly sour taste is a great complement to the whole. In addition, it has a number of properties valuable to health. It influences the regulation of metabolic processes and heals indigestion. Moreover, it can contribute to the maintenance of an adequate level of cholesterol. The infusion based on Pachamama Energia can be served both warm and chilled with juices, fruits or herbs.

Guayusa Pachamama Energia and its properties 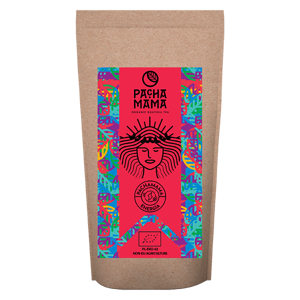