Pachamama Jazmín is a delicious combination of Ecuadorian ilex guayusa and a jasmine flower. Thanks to its wonderful aroma and medicinal properties, jasmine has always been important for cuisine. It is appreciated primarily for its positive effect on the skin, which is why it is often a component of skin care cosmetics. In addition, it has antibacterial and antiviral effects. The jasmine infusion seduces with its delicate, soothing aroma, which is perfectly combined with the vegetable flavor of Pachamama guayusa. The mix will provide you with a large dose of natural caffeine in a subtle and delicate way.

Guayusa Pachamama Jazmín and its properties 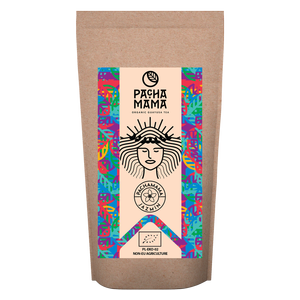