Organic guayusa in Europe – how, when and where? 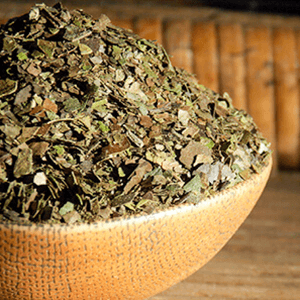 Guayusa is a plant from South America, how did it come to Europe? As a pioneer brand producing organic guayusa we are obliged to tell you more about this plant and explain where do we import it from. We invite you to sunny Ecuador!

Ilex guayusa – where does it grow?

Guayusa is a plant from Ecuador. It’s a medium-size tree with intensively green leaves. It is said that the first drinkers of guayusa infusions were Indians from Jivaro and Kichwa tribes. They appreciated it because of its strong energizing properties that are connected with high caffeine content. They often drank it before all-night watch or hunting. Guayusa was to provide them with better concentration. That’s why this plant is often called the “herb of the night watchman”. According to the tradition, infusions are prepared in special wooden bowls. Although guayusa is called the sister or cousin of yerba mate, there are many differences between them. You can read about them here. Guayusa is less popular than yerba mate. Both plants were popularized by the Jesuits during the Conquest. Yerba mate very quickly became the main export product of Paraguay, whereas guayusa remained in the shadow of Ecuadorian banana and sugar cane plantations. That’s why to this day yerba mate is more popular than guayusa. We’re proud that we can take part in the popularization of this amazing plant!

Guayusa Pachamama – how did it come to Europe?

Guayusa has already been available on the Polish market a couple of years ago but its prices were extremely high. As our mission is promoting guayusa and the wealth of South American soil, we really wanted to popularize this plant in Poland. It wasn’t easy - Ecuador is still developing and the Internet in there doesn’t work as well as in the European Union. We had to check the ways in which locals communicate to be able to find potential suppliers. What is interesting, in contrast to yerba mate, guayusa is still a developing business. Plantations aren’t as big and technically advanced as in case of yerba mate. After some time we managed to contact a plantation in Napo, Ecuador. We were positively stunned by how close to nature the plantation is located and how green the area is! It’s very close to one of the national parks of Ecuador. We loved the hospitality of the owners. It turned out that the plantation’s work is based on very strict rules thanks to what Guayusa Pachamama products became one of the first organic guayusa products in Europe. We continue to extend our offer. For this moment, we offer our clients one classic organic guayusa and two different variations: with mint and lemon and lavender. Check our products!