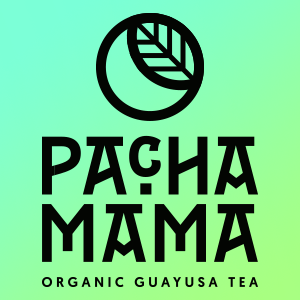 Guayusa is often called “the sister of yerba mate”. It’s a great option if you need to improve your concentration. Our Guayusa Pachamama is the first guayusa with an organic certificate on the Polish market – what does it mean and why is it worth it to try it? You will find out after reading this article!

Guayusa – what is it?

Guayusa, which Latin name is Ilex guayusa, is a species of tree of the holly genus from South America. It’s the same genus to which belongs Ilex paraguariensis. This is the plant, of which leaves and twigs yerba mate is made. That’s why people often call guayusa the sister of yerba mate. These plants have some things in common. One of them is caffeine content – guayusa contains an even bigger amount of this substance than yerba mate! There is also a couple of differences. Infusions made on the basis of both plants have stimulating properties, although the effect of guayusa, in contrast to yerba mate, is rather psychical than physical. Guayusa has also more subtle taste - bitterness is not easily perceptible. Thanks to this it’s a great product for everyone whose taste buds are sensitive.

Guayusa Pachamama – the best eco guayusa on the market!

Guayusa is native for Ecuador and our Guayusa Pachamama comes from ecological plantations in Napo, Ecuador. Trees grow in a half-wild ecosystem, which hasn’t been influenced by human activity. Natural conditions and climate allow proper development of plants, and the whole production process depends on the natural growing cycle. Plantation doesn’t use pesticides and leaves are picked manually what doesn’t generate exhaust emission. Thanks to these actions Pachamama was awarded an organic certificate. We’re proud that cooperation with our Ecuadorian partner resulted in launching eco Guayusa Pachamama on the European market. It guarantees strong stimulation and very delicate taste of the infusions.

In our online shop, Guayusa Pachamama is available in a few versions. The most basic one is guayusa which you can buy in packages containing 100, 250, 500 g or 1 kg. Guayusa can be brewed alone or as an addition to yerba mate - a teaspoon can make the infusion taste more delicate and boost its stimulating properties. If you want to try a flavoured version of guayusa, reach for Guayusa Pachamama Lavanda with an aromatic addition of lavender - it enriches the vegetal taste of guayusa. To everyone who is looking for refreshment, we recommend a delicious and a bit sourish Guayusa Menta Limon with mint and lemon. It’s a delicately herbal combination that is perfect for every situation!