Pachamama Citrus combines the subtle taste of organic Ecuadorian ilex guayusa with top-quality additives straight from certified plantations. The composition opens with natural orange oil in fusion with the sour taste of hibiscus . This one is gently broken by a refreshing addition of organic mint . An interesting closure is hawthorn with a slightly bitter aroma. The whole thing perfectly stimulates and tastes great both as a warm infusion and a cold drink for hot weather!

Guayusa Pachamama Citrus and its properties

The product has no psychoactive properties!

Organic product. Organic certificate: PL-EKO-02 (Agriculture from outside the EU). 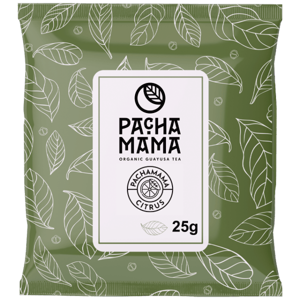