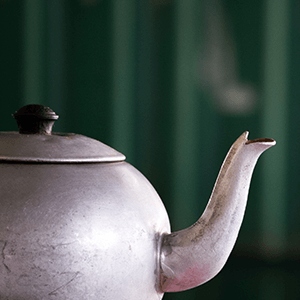 As you have surely heard, guayusa is often called the sister of yerba mate. The reason is that both beverages come from plants that belong to the same family. According to Latin nomenclature, yerba mate is called Ilex paraguariensis, whereas guayusa is called Ilex guayusa. The way of brewing both beverages is quite similar. What is important, the taste of guayusa is totally different from traditional yerba mate tea. Why? The answer is simple - traditionally, yerba mate is smoke-dried. Guayusa, in turn, is usually dried with hot air. Thanks to that, the intense smoky aroma can not be felt in such infusion. What is more, the chemical composition of guayusa does not contain tannins - substances responsible for the bitterness in, for example, yerba mate. If you are not keen on this kind of taste, guayusa may be a perfect option for you! It has a delicate vegetal taste which perfectly combines with flavour additives.

Besides the flavour advantages, guayusa is also rich in vitamins and other substances that are beneficial for our health. Caffeine is often called the most important one of them - its content in guayusa is even higher than in yerba mate! L-theanine and theobromine are to improve concentration skills and stimulate the nervous system. What is important, guayusa’s effect on the organism is gradual. This beverage is recommended for white-collar workers and students as it helps reduce stress and supports the learning process. Another group of important substances is polyphenols. They have many important tasks including the reduction of oxidative stress - they eliminate free radicals thanks to which they help to inhibit the ageing process. Thanks to antiseptic and antiviral properties, guayusa tea infusions may be helpful during the colder seasons when many people get sick with flu or cold. Guayusa contains also many vitamins and minerals essential for the proper functioning of the organism. It is worth mentioning e.g. vitamin C, D and K, calcium, potassium, magnesium and zinc. We encourage you to try Guayusa Pachamama products! It is worth checking especially now when the autumn has started for good, and we are exposed to many challenges connected with changing weather. Try guayusa and find out that brewing it may become a daily ritual.

Guayusa Pachamama Menta Limón – organic certified – mint and lemon – 250g
10,82 £43,28 £ / kg
This page uses cookie files to provide its services in accordance to Cookies Usage Policy. You can determine conditions of storing or access to cookie files in your web browser.
I DO NOT AGREE
I AGREE, I WANT TO GO TO THE WEBSITE