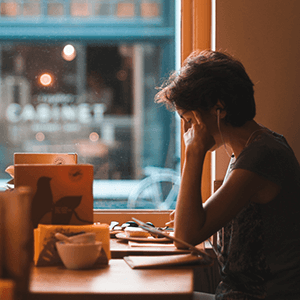 Guayusa – who was first?

Guayusa comes from rich Amazon forests. It is said that Quechua Indians were the first to discover it. They believed that guayusa helps to enter the state of a lucid dream. Shamans were using it during tribal rituals. Indigenous people of South America were also drinking guayusa infusions before huntings and overnight watches. Regardless of this fact, guayusa is still less popular than yerba mate. It is worth knowing, however, that it also has great properties that may be helpful during studying, intellectual work or other situations that require maximum focus.

Guayusa – how does theanine work?

As it turns out, the beneficial effects of guayusa are usually being explained by the content of theanine. It is an organic substance that belongs to the group of non-protein amino-acids. This substance is present e.g. in tea leaves. When it comes to its effect, theanine has a strong influence on the nervous system. It also has a calming effect, regulates the heart rhythm, reduces anxiety and stress level, plays an important role in the mood stabilization. Guayusa is also characterized by a high content of B vitamins - their task is to additionally regulate the function of the nervous system. What is more, theanine contained in guayusa boosts the intensity of alpha waves in the brain what improves concentration skills, versatility and learning ability. What is interesting, whereas yerba mate stimulates you on the physical level, guayusa does the same on the psychical level. For this reason, guayusa is recommended to those who either study or have intellectual work. The new academic year has started recently - another year of hard work! If you want to boost your concentration, do not hesitate and try Guayusa Pachamama products!