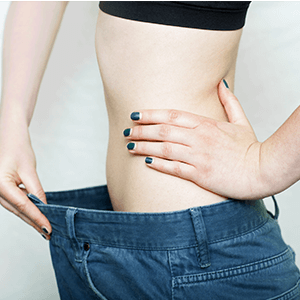 Guayusa and weight loss – how does it work?

Guayusa, also known as Ilex guayusa, is native to Ecuador. Indians have been preparing guayusa infusions for hundreds of years. They have been using it mainly because of its energizing properties. Guayusa was to boost their concentration skills during huntings, watches, or rituals. They also appreciated guayusa thanks to the feeling of satiety that is guaranteed when drinking such beverages. This property makes these infusions useful for people who tend to snack between meals. What is more, guayusa can help regulate sugar levels in the blood. When it comes to the slimming properties of guayusa infusions, they are very similar to the ones characteristic to yerba mate. Substances contained in the plants that belong to the family of hollies inhibit the effect of pancreatic lipase which is responsible for the fat breakdown - thanks to this, the amount of fat absorbed by the organism decreases.

Another important element responsible for the slimming properties of guayusa is caffeine. Although this substance is known for its energizing properties, it can lead to weight loss. Caffeine is a natural stimulant which task is to boost metabolism. The acceleration of this process, in turn, increases the number of calories burnt. This fact is used by many coaches and sportsmen in order to boost the effectiveness of the training. However, it is worth taking into consideration that the slimming effect of guayusa is rather short-lasting - it means that it can be described by the amount of dose taken. Do not forget that guayusa, caffeine, or dietary supplements can not replace a balanced diet and physical activity - they can only be an addition that will boost the effect. If you want to be healthy and look great, follow these rules!